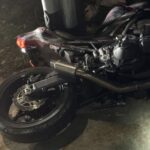 Police has arrested Tondo district’s second most wanted person in an operation on Friday afternoon.

Robenio was arrested along Moriones Street, Barangay 123 in Tondo at around 3 p.m.

Robenio’s relatives attempted to prevent the arrest by showing to the arresting officers a discharge order from Sablayan Occidental Mindoro Penal Farm in 2009.

The document, however, shoed that the document was issued to a certain Ricky Piendijito Ricamanta.

The suspect claimed that he made a mistake of indicating the surname Ricamanta in the penal farm’s document and said that his real surname is really Robenio.

Despite this, the Manila policemen brought Robenio to Station 1 for detention.

Ulsano said Robenio is wanted for a case of robbery for the holdup of a delivery van’s passengers in Tondo last year.

Police yesterday arrested the suspects who robbed and stabbed a female police officer who was on her way to a dry run for the Asia Pacific Economic Cooperation (APEC) meeting last Saturday while she was stuck in traffic along road 10 in Tondo, Manila.

The suspects, Marvin Austria, 18, a resident of Temporary Housing in Tondo and Christopher Saradaga, 18, also of temporary housing in Tondo were arrested by policemen through a follow-up operation Wednesday night.

According to Moriones Station Commander Redentor Ulsano, the victim, PO1 Jinky Monsanto of the Northern Police District, had a good look at the young suspects as she was being robbed before dawn on November 14.

Another suspect, Mark Emil Nicol, 25, was arrested hours after the incident last Saturday during a follow-up operation conducted by the Don Bosco police community precinct in Tondo.

The suspects took away Monsanto’s bag containing P8,000 cash, a mobile phone and service firearm during the heist.

The robbers also stabbed Monsanto on the left shoulder before fleeing the crime scene.

Authorities recovered the policewoman’s bag but not her cash and service firearm.

“They (suspects) said their fourth companion was keeping the gun,” Ulsano added.
Read more at http://www.mb.com.ph/policewomans-attackers-nabbed-in-tondo/#tgPpHpH7IIJQCMJA.99

A policewoman was injured after three robbers stabbed her in Tondo, Manila early Saturday.

The 27-year-old victim, Jingky Monsanto, was on board her motorcycle heading for the Asia-Pacific Economic Cooperation (APEC) Leaders Summit dry run in Pasay City. She had been stuck in traffic along Radial Road 10 in Barangay Capulong when the suspects assailed her.

The three men searched the victim at knifepoint for valuables before stabbing her in the left shoulder. The suspects also stole the police officer’s bag and service firearm.

Monsanto reported the incident at the Don Bosco Police Community Precinct (PCP) where she identified the suspects from a list of notorious robbers.

The police captured suspect Mark Emil Nicol who denied the complaints against him. Authorities are still searching for his accomplices.

Masanto’s bag was recovered from Nicol, but not her firearm and cash of P8,000. 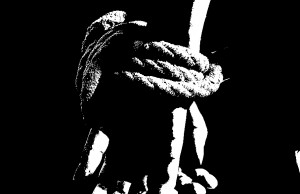 A 17-year-old girl was arrested for attempting to kidnap two girls in Tondo, Manila yesterday.

Barangay 13 chairman Mario Macapagal brought the suspect to the Manila Police District (MPD) Station 2 after residents of Sandino street attacked her when the grandmother of a 10-year-old girl sought their help at past 8 a.m.

According to the MPD, the teenager’s modus operandi is to look for girls who are either on an errand or simply walking on the street unaccompanied. She then snatches their money or lures them to make them follow her to a waiting vehicle, where her accomplices will snatch the girls.

An aunt of the other victim, who is 14, said they followed the victims, who were on their way to a store, and saw them running when the suspect after she grabbed their money.

The MPD is trying to locate the vehicle of the suspect’s accomplices.

There have been reports of girls being kidnapped by a group of people in a utility van, local officials said.

The minimum bid price for all the lots—which will be auctioned off in seven blocks and 12 parcels—totals approximately P1.5 billion.

The SSS said it will accept cash as well as installment bids for the sale of the lots on an “as-is, where-is” basis.

The terms of reference will be available starting Nov. 9 until Dec. 11. The deadline for submission of eligibility is on Dec. 14. The opening of bids will be on Dec. 21, at the SSS headquarters in Quezon City.

The SSS is also bidding out a 25-year lease contract for its prime five-hectare property near Manila Bay’s fast-rising gaming hub.

Despite the repeated warning of authorities, hundreds of prohibited items were confiscated from visitors at the Manila North Cemetery on Saturday.

Police Senior Insp. Melchor Villar of the Manila Police Station 3 said among the items seized were sharp objects such as gardening tools; flammable materials, and liquor.

But despite the confiscation of banned items, the police officer said the situation inside the cemetery was “very n…

MANILA, Philippines — Trust Filipinos to be an enterprising lot especially in times when droves of people are expected to gather in a particular venue.

While candles, flowers and street foods were staple products one could expect to be peddled near the perimeter of a cemetery, some vendors have been seen selling household wares such as cups and plates, customized T-shirts and dresses, and even bras at the Manila South Cemetery.

Among these vendors was Mike Tistor who had an unusual product to sell to people who are on their way to visit their dearly departed. Tistor, who usually sells his goods in Divisoria, posted his cart along Zapote Street in Makati City, to …

If you think losing a family member is devastating, it’s doubly heartbreaking for those who cannot even find the burial site of their loved ones in the largest cemetery in Metro Manila.
But now, finding the grave of your loved ones in the Manila North Cemetery has been made easier through the website.
By accessing the website www.manilanorthcemetery.tk, relatives can look for the grave site of their dearly departed in the sprawling 54-hectare cemetery.
The records will reveal the person’s name, date of death and the section where he or she was laid to rest.
However, it’s not as easy as it seems as there are about 100 graves in one section….