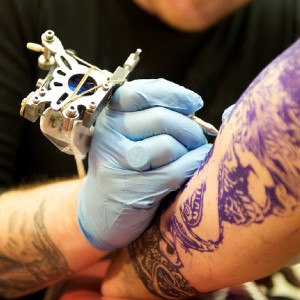 The victim’s live-in partner, Maricar Santos, told police that Mangila went outside their house and failed to return after several hours. At around 11 p.m., a neighbor informed Santos that Mangila was seen lying near their house wounded.

Santos waked the victim’s mother Milagros and proceeded to the crime scene where they saw Mangila gasping for his breath with blood oozing from his head. They took the victim to the hospital where he was declared dead on arrival.

Police have yet to determine the motive and the suspects behind the killing. Meanwhile, a 30-year-old market helper was gunned down while two others were wounded during a birth anniversary party in Barangay North Bay Boulevard South, Navotas City yesterday.

Police identified the fatality as Junie Batuhan and the wounded as Margie Carabio, 23, jobless; and Marcelo Espina, 21, a factory worker, all of Barangay North Bay Boulevard South.

Initial investigation showed that Batuhan was celebrating his birthday inside his house at about 1:30 a.m. when two men appeared and shot him multiple times. Carabio and Espina were hit by stray bullets.
Read more at http://www.tempo.com.ph/2015/10/26/tattoo-artist-shot-dead/#IJQXhs8UIgbGmpcZ.99

Investigation led by Jose Abad Santos Station commander Supt. Joel A. Villanueva said Jimenez and Sagum bumped into each other at around 8:30 a.m. on Tayuman St. A heated argument ensued, triggering a shootout.Sagum sustained a bullet wound in the head while Jimenez was hit in the forearm.

Sagum was taken to the Metropolitan Hospital in Tondo where he underwent surgery while Jimenez fled and is now the subject of a police manhunt.Jimenez and Sagum, both sons of former policemen and Tondo residents, have been keeping a long-time grudge against each other.

Their families are also at odds with each other for several years prior to the incident.
Read more at http://www.tempo.com.ph/2015/08/21/2-cops-hurt-in-duel/#GRcEx6OHWzEOIpo4.99

Two policemen shot and wounded each other during a heated argument in Tondo, Manila yesterday.